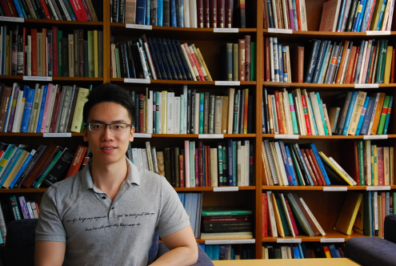 Have you ever wondered how the social media posts you see every day influence your perspective of specific stories? Murrow College Ph.D. candidate, Yan Su, conducts research that looks directly at this correlation. Yan’s research focuses on two particular areas in communications technology: 1) how social media posts could impact the news media’s agenda, and 2) how the use of emerging communication technology influences an individual’s perception, understanding, and attitude toward scientific issues.

Yan’s findings have brought to light several important points. One of which relates to the conditions under which social media exert impact on the news media. According to Yan, “although social media has become ubiquitous, its impact on the news media’s coverage is conditional rather than absolute” Specifically, social media could influence the mainstream media in terms of what topics to cover, but not in terms of how to tell the story. Another conditionality under which social media exert influence pertains to timing. In a recent study collaborated with his doctoral advisor, Dr. Porismita Borah, they found that Twitter is more likely to influence newspaper coverage right after breaking news, while newspapers affect the former in terms of ongoing debates.

Additionally, Yan’s research is about the nuanced effect of using different types of social media on people’s perceptions and attitudes. Yan found that “the use of certain types of social media mitigate an individual’s scientific beliefs”  For example, Yan has taken a particular interest in how social media has bolstered or discredited an individual’s endorsement of conspiracy theories regarding COVID-19. His most recent project on this topic has highlighted that the Chinese are likely to endorse conspiracy theories due to their consumption of domestically circulated news. This contrasts tech-savvy individuals who circumvented the censorship and consume globally circulated media, as exposure to multiple news sources lower the likelihood of endorsing COVID-related conspiracy theories. Although this area of research is in the initial stages, Yan plans to expand his research on the relationship between social media use and conspiracy beliefs in multiple contexts.

Yan states that emerging communication technologies, including basic ones, such as social networking sites, and advanced while not yet fully popularized ones, such as Virtual Reality technologies, have profoundly revamped the entire media environment. The voice of “elites” is somewhat diluted, whereas that of ordinary people became unprecedentedly strong, which provides a realistic basis upon which social media have become powerful.

The idea of whether social media is really conducive for the formation and development of a deliberative, literate, and rational online community is also brought into question. Another implication of Yan’s research has brought forward the urgent need to see the relationship between the “use of social media filled with conspiracy theories and misinformation and scientific denial.” Yan is studying the impact of media literacy education, and fact-checking mechanisms to address the concern.

In the future, Yan plans to continue researching and conducting studies related to scientific and political issues; and mass media in multiple contexts, using mixed methodologies. For instance, beyond his investigation of media contents, Yan plans to interview frontline journalists in different outlets, in order to obtain their personal insights into the specific impact of social media use on their journalistic routines.