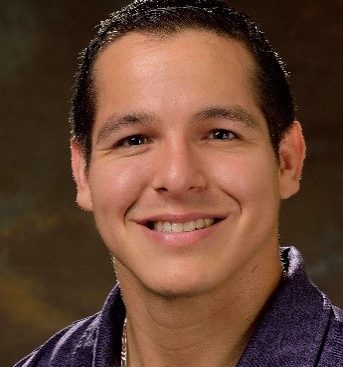 Michael Gonzalez, a 2015 WSU doctoral graduate and ARCS scholar, recently visited WSU to talk with graduate students about postdoctoral opportunities at the Children’s Hospital of Philadelphia (CHOP), where he now works.

After completing his doctoral degree at WSU, Michael did a postdoc at the Center for Applied Genomics at CHOP and is now a staff scientist at the hospital utilizing computational and bioinformatics tools to identify genetic mechanisms involved in a number of disorders in pediatric medicine, specifically attempting to answer basic questions about how the immune system functions in certain disease states. His research has looked at some rare diseases in children.

Michael’s Ph.D. is in immunology and infectious diseases from the WSU College of Veterinary Medicine, where he researched how host genetics impacted susceptibility to infectious diseases in livestock species. He says that WSU trained him well for his work, even though he transferred his skillset from animal to human.

“I was surprised how well-prepared I was for my postdoc,” says Michael. “During my Ph.D. program, I decided that I wanted to go into human medicine instead of animal medicine. Some of the data sets I use now are larger, but the skillset I use is very similar to my work at WSU.”

While at WSU from 2011-2015, Michael was an ARCS (Achievement Rewards for College Scientists) scholar –a prestigious program that supports the brightest graduate students in the sciences, medicine, and engineering. The support he received from the ARCS program enabled him to focus on his research passion.

Originally from Los Angeles, Michael earned a bachelor’s degree from UC Riverside, and a master’s degree from Fresno State. He chose Washington State University for his doctoral program after connecting with Dr. Stephen White, a research geneticist and adjunct faculty in the Department of Veterinary Microbiology and Pathology.

“When I interviewed with Dr. White,” says Michael, “I could tell that he really wanted to see me succeed. I appreciated that, and attribute his interest in my success to the reason I chose WSU.”

Having grown up in a busy metropolis, Michael found living in the small town of Pullman interesting. “I loved Pullman,” he says. “I considered it an adventure, and I loved my short commute,” he laughed.

Michael had not been back to Pullman since graduating in late 2015 until his return in March 2019 to present tips to graduate students on finding a successful postdoc position.

“CHOP has a recruitment initiative where they use current postdocs and scientists to act as postdoc ambassadors to spread the word about postdoctoral opportunities and resources at CHOP,” says Michael. “Being part of this initiative was a chance for me to come back to Pullman and talk with current graduate students.”

While completing his postdoc at CHOP, Michael felt compelled to teach, and believes that he wants to be a faculty member at a research-1 university where he can teach and also conduct research.

“I knew I enjoyed teaching,” he said, “and CHOP and the University of Pennsylvania —which is highly connected to the hospital—encouraged me to think outside the box. When I told them about my interest, they said that I should absolutely pursue teaching.” Consequently, this year Michael was able to co-teach a bioinformatics class at La Salle University, which helped reinforce his career trajectory.

Michael was happy to visit his alma mater and talk with students in Veterinary Medicine and the ARCS program about postdoc opportunities. His experience at Washington State University and success now as a scientist and prospective faculty epitomizes the Graduate School mission and reinforces our vision for graduate students who leave here well prepared to make the world a better place.