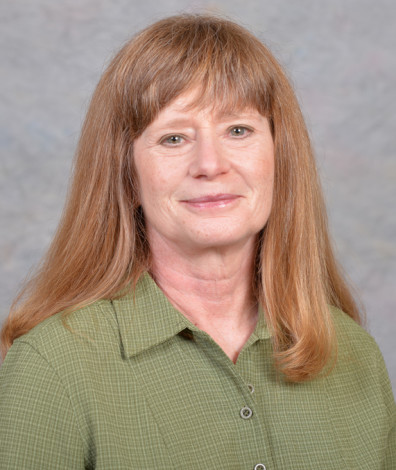 “I was really surprised and honored to receive the award,” says Cottam.

The Graduate Mentor Academy (GMA) was started around 2005 for the purpose of identifying graduate faculty with significant mentorship experience and skills, and providing them with additional training, according to Lisa Gloss, interim dean of the Graduate School.

“Faculty from the GMA provide support, guidance, and encouragement to graduate students during preliminary exams or final defenses and ensure that the correct policies and procedures are followed,” says Gloss. “While the majority of student examinations—candidacy or final defenses—proceed without any complications or concerns, GMA members will attend exams where academic issues might arise, such as a student retaking an exam after failing the first time.”

Cottam is particularly proud of her record as a member of the GMA—none of the students she has mentored has failed their exams or defenses.

“It’s always a troublesome situation for the graduate students,” she says, “but it’s a privilege to be the person who knows the rules and can make sure the students are comfortable and the rules are followed. It reassures them that they’re going to get every chance to be successful.”

Cottam says she enjoys volunteering for the Graduate Mentor Academy because of the broad scope of students she’s been able to work with, including graduates in mathematics, education, plant biology, and many other subjects.

“Dr. Cottam is very appreciated by the Graduate School staff,” says Gloss. “She is willing to serve whenever she is available, responding promptly and positively to requests. After the exam, she provides helpful reports so that the Graduate School is aware of any reasons for future concerns—or if everything went just fine and the student is on track to progress in his or her graduate program.”

Cottam, along with graduate student scholarship awardees, will receive her award at the annual Graduate School Evening of Excellence on April 19.