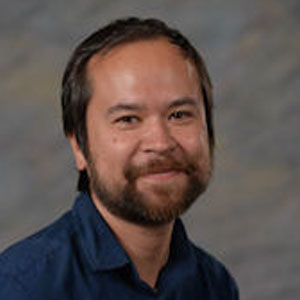 Washington State University graduate student Bernard Hall was part of a team of WSU physicists who contributed to the recent detection of gravitational waves in space, confirming a theory posed by Einstein about 100 years ago. The gravitational wave detection is significant because it provides a new window into space, telling the story of the origins of the universe and the nature of gravity. The wave is believed to be the result of two black holes, 29 and 36 times the mass of the sun, which collided in the southern hemisphere about 1.3 billion years ago. The energy generated from the collision was about 50 times that of the entire universe, rippling through space and creating a blip on the radar of a Laser Interferometer Gravitational Observatory (LIGO) in both Washington and Louisiana in September of 2015.

Formed from the collapse of stars as they burn out, black holes pack immense gravitational pull, and continue to grow while consuming dust and gases from around them. Black holes range in size from small to supermassive—the ones that are believed to hang at the center of every galaxy, including the Milky Way. Although black holes are invisible because their gravitation pull is too strong for light to escape, their presence can be detected through their interaction with other matter, sometimes creating some of the most brilliant objects in the universe. Astronomers can determine the size of black holes by measuring the path of the stars orbiting around them, and have thus estimated the supermassive black hole at the core of the Milky Way to be about 4.3 million solar masses.

When Einstein developed the theory of relativity—which basically predicts that a sufficiently compact mass can deform space-time to form a black hole, he believed that two black holes orbiting each other would lose energy through gravitation waves, drawing them together to finally collide. During that brief, powerful explosion, a portion of the black holes’ mass is converted to energy, creating a powerful thrust that forms gravitational waves that ripple across space.

Hall is excited to be part of the team who first detected the gravitational wave. Originally from Georgia, Bernard moved to Post Falls as a teenager and was home schooled. After graduating, he attended IT Tech and earned a bachelor’s degree in video game design. He worked in broadcast television for 12 years, then joined the Army Reserve as a medic for nine years. In 2003 he was deployed to Syria. After learning that President Obama had initiated a post-911 GI Bill for those who had been on active duty during the Gulf War, Hall decided to take advantage and study astrophysics. He attended Spokane Community College for two years, then transferred to WSU in 2012, where he began working with Dr. Sukanta Bose.

The Graduate School talked with Bernard about the gravitational wave discovery.

Graduate School: First, can you talk how you became interested in physics and why you chose to attend WSU?

Hall: There’s actually a lot of physics involved in video game design, which was my first bachelor’s degree, because you have to understand gravity and how things collide to make the games realistic. I have experience in programming languages and was really interested in the physics of how things move based on my video game design experience—but I wanted to learn more. When I researched universities that offered programs in physics, I found that WSU has one of the best.

Graduate School: How did you begin working with Dr. Sukanta Bose and his Relativity Group?

Hall: I looked Dr. Bose up when I arrived at WSU as an undergraduate student, and after meeting with him, he invited me to work in his lab. I was able to work with the relativity research group for two years as an undergraduate student. The team was searching for gravitational wave signals that could be present in the LIGO. I wrote my senior thesis on that research, then kept working for the group for a year after I graduated. I started the Ph.D. program just this year. Right now Dr. Bose is part of an effort to build a LIGO in India, so we communicate via Skype.

Graduate School: Tell me about the LIGO and what your role has been in the discovery of gravitational waves.

Hall: The LIGO that is located at Hanford was built in about 2002, but was eventually shut down a few years ago because nothing had been detected. We’ve been working on upgrades to it since then, to make it more sensitive. I’ve been working on developing two new tools: one that detects non-linear couplings and another that compares environmental channels. The LIGO is so sensitive that it picks up thousands of environmental channels, including its own thermal noises. Half of the job of analyzing the data is figuring what is a real signal and what is not. The tools I built help discriminate false signals from real signals by filtering out the false signals.

Graduate School: How did you feel when you heard about the gravitational wave detection at both Hanford and Louisiana last September?

Hall: I was cautiously optimistic. When I first heard, I looked to Dr. Bose to see if he was excited, and he was. But we had to keep the information secret until it was thoroughly researched. There has to be two sites that pick up the signal, otherwise it is usually considered a false reading. When the Livingston, Louisiana LIGO also detected it 2,000 miles away, we believed it could be real.

Graduate School: I’m really curious about the gravitational wave that was detected. It seems like we were lucky because we happened to have the LIGO turned on at the exact right moment in time.

Hall: That’s right. You might say we were lucky because we were actually just testing our LIGO when the wave was detected. It was functioning fully, but we were still performing an engineering run with it.

Graduate School: I read that the scientists believe the wave was created from two black holes colliding. Can you tell me about that theory and why they believe this?

Hall: In a nut shell, the wave forms look different according to the event that caused them. There have been models built based on Einstein’s theory, so we know that the wave was caused by a collision of phenomenal force.

Graduate School: I understand that the gravitational wave was actually detected in September of 2015. Why has it taken so long to be made public?

Hall: We needed to make sure that it was a real signal. There were large teams of scientists studying the data to make sure it was not a false detection. We didn’t want to make an announcement only to find out later that it was false.

Graduate School: What are the implications of this discovery?

Hall: Gravitational waves can tell us about the origins of the universe. Light emitted after the Big Bang only goes back 300,000 years, but these waves go back even further. The patterns we can study originally came from quantum fluctuations and can help us come closer to quantum theory and to identify the forces at work. It can help us bring quantum mechanics and relativity together. We can conduct a lot of science with this data—from that very small detection.

Graduate School: What is your ultimate goal after you earn your PhD in physics?

Hall: My ultimate goal is to be a scientist because I am fascinated with cosmology. I enjoy talking to my sons about science and my work in the field of gravitational wave detection.