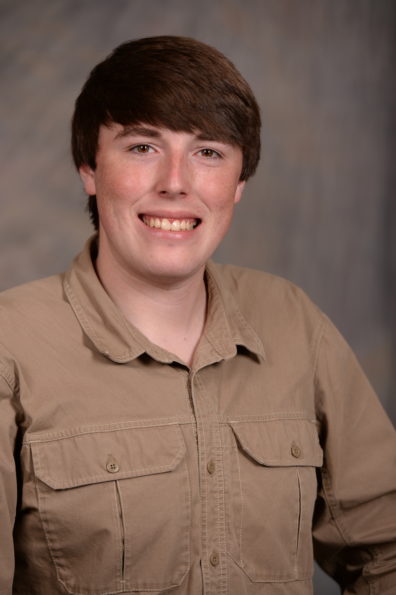 Imagine, if you can, a world with no cougars. That thought worried WSU graduate student Travis King because he understands the risk extinction would have on our ecosystem.

The extinction of big cats like cougars and jaguars could have a giant impact on our ecosystem—a worldwide risk aggravated by the degradation of the big cats’ habitat and conflict with humans. Travis took up a passion for studying animals in their natural habitat at a young age, and came to WSU as an undergrad in 2011 to focus his research interest.

Under the mentorship of his WSU advisor, Dr. Daniel Thornton, Travis has been conducting a statewide occupancy survey of the Canadian Lynx in Washington state for his master’s degree. For his Ph.D., Travis will be conducting a landscape genetic study across Honduras on jaguars, cougars and ocelots.

Thornton runs the Spatial Mammalogy Lab at WSU, working with different large animals on large scales in their natural habitat. What Travis enjoys about Dr. Thornton is the support he gives and the freedom he allows for students to create ideas.

“Dr. Thornton has been very supportive in finding opportunities for his students and allowing us to push forward and come up with our own unique ideas to fascinating,” says Travis. “And we have the potential to do amazing work in different areas of the world to answer these questions.”

Travis was an undergraduate when he first met Thornton, when looking for an opportunity to create a research project on big cats and apex predators. The mentorship began when Travis found out that he and Thornton had similar interests. Finding funding through multiple sources at WSU, Travis and Thornton spent a summer studying ocelot behavior in Costa Rica with members of Panthera – a non-governmental organization that conducts international big cat research and conservation. From that initial project, Thornton approached Travis about being a graduate student in his lab.

Travis is working on his master’s and doctoral degrees simultaneously in natural resource sciences and wildlife ecology. To collect the data for his master’s project on the Canadian Lynx, he places trail-cams throughout the mountainous forests of Washington state to detect their movement. Trail cams are small cameras placed on trails and roads that automatically take photos when an animal moves past it. By the time the pictures are collected, there are typically thousands—including not just lynx, but also mule deer, wolves, black bears, and cougars.

Since arriving at WSU, Travis has won a number of prestigious awards such as the Fulbright Fellowship for U.S. students, the National Science Foundation Graduate Research Fellowship (NSF GRFP), and the Kaplan Graduate Award.

“Attending the NSF-GRFP workshop here at WSU really helped during the funding process,” says Travis. “The workshops on campus allowed me to meet and talk to past winners about the ins and outs of the process and how you should go about applying for grants.”

With his passion for international research, these funding sources are going to allow Travis to travel around the world and conduct research. So far he has been to Belize, Costa Rica, and will be going to Honduras for the next four years on his jaguar, cougar and ocelot project.

“My advice on getting funded is to be persistent,” says Travis. “The door may shut in your face along the way, but students should start going after these grants that can fund their graduate career. Being able to find even small funding sources allows you to continue to move forward that can help open doors for other sources of funding for your research.”

A North Dakota native, Travis chose WSU because of its research emphasis and great community atmosphere. He completed his undergraduate degree in zoology from WSU in 2015.

“I found that WSU had a community that allowed me to get involved with research at an early stage in my undergraduate career, but also had a support network to continue my career on into my graduate work,” says Travis

With the help of financial support through grants and awards, strong faculty mentorship, and the ability to conduct research abroad, Travis can foresee multiple options for his future.

“I can imagine staying within academia doing a postdoc, or working for a private organization to find ways to balance apex predator conservation and societal needs,” says Travis.

Whatever his choice, Travis’s journey at Washington State University has provided him a way to make a big difference in the world.