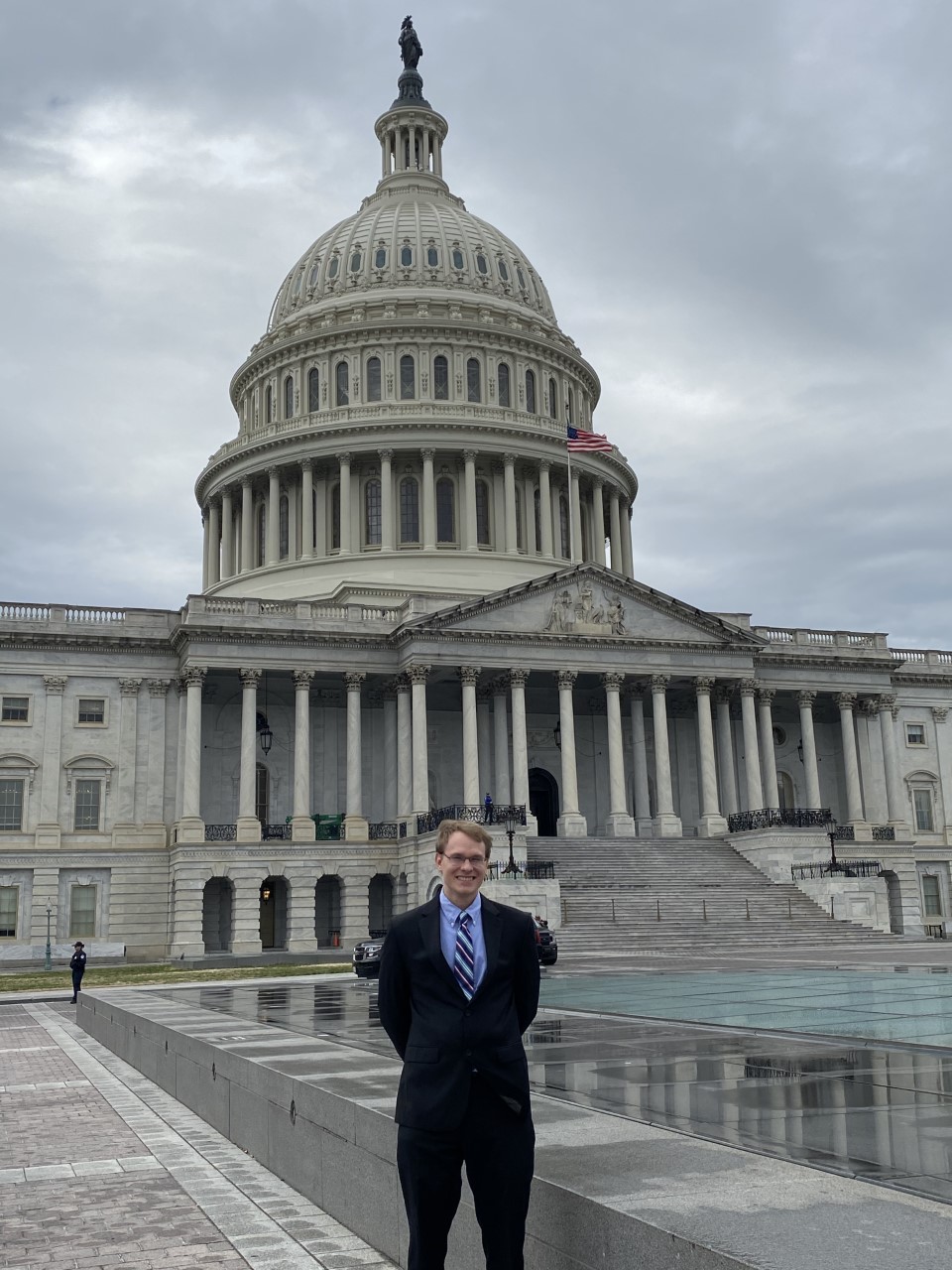 Christopher Szlenk, a Ph.D. candidate from the Department of Pharmaceutical Sciences on the WSU Spokane campus, has been selected as one of the American Society for Pharmacology and Experimental Therapeutics (ASPET) Washington fellows. ASPET is a 5,000-member scientific society whose members conduct basic and clinical pharmacological research and work for academia, government, large pharmaceutical companies, small biotech companies, and non-profit organizations.

“Christopher is a passionate researcher who genuinely wants to solve problems that will make a difference in people’s lives,” says Dr. Senthil Natesan, Christopher’s advisor.

Christopher was born and raised in Birmingham, Alabama. He received his B.S. in chemistry from the University of Alabama at Birmingham (UAB). After graduating from UAB, Christopher briefly worked in a skin pathology lab, where he realized that his knowledge limited his options, so he wanted to learn more. Christopher then applied to the pharmaceutical sciences Ph.D. program at WSU, which he described as his “dream choice.”

Christopher’s research focuses on understanding the interactions between the cell membrane and drugs, with the goal of designing novel medications that can take advantage of the membrane environment for better efficacy and safety.

Many FDA-approved drugs target proteins located in the cell membrane, which contains a variety of lipids, and its composition differs significantly in normal health and in diseases. Christopher believes it is essential to understand how drug candidates interact with these lipids at the molecular level to successfully design drugs, targeting such membrane proteins. He uses computer simulation techniques, also called “computational microscope,” to obtain a unique glimpse into the physical movements of atoms and molecules, and interactions with their environment, in atomistic details.

“Once a drug binds to a particular target protein, there is often a specific conformational change in the protein that is recognized intracellularly by other molecules, leading to signal transmission,” says Christopher. “It’s a beautifully orchestrated process that is very specific. Nature and time have optimized the way the body works at a molecular level.”

Specifically, Christopher is interested in identifying allosteric modulators of the µ-opioid receptor, aiming to target binding sites located in the transmembrane region of the protein. The allosteric modulator is a class of drugs that binds to a receptor at a site other than the active one, thus changing the affinity of the receptor. The µ-opioid receptor is the one most opioids bind to for producing their analgesic effects. Recent studies show that such drugs can prove very useful in reducing the overdose potential of classical opioid drugs by reducing the dose of opioids needed for pain management as well as by limiting serious adverse effects.

In addition to his research, Christopher also spends time advocating for and educating students on how they can protect themselves. He is the vice president of the Health Sciences Student Advocacy Association, which, as a Registered Student Organization, hosts various events to effect change at the local and federal level.

“As a scientist, I am in a unique position to be able to explain research to the general public. This is my responsibility, and in my opinion, it should be all scientists’ responsibility,” says Christopher.