THE PROFESSIONAL DEVELOPMENT INITIATIVE  AND THE ASSOCIATION FOR FACULTY WOMEN PRESENT:

WOMEN IN FILM, LITERATURE, AND THE ARTS DISCUSSION SERIES 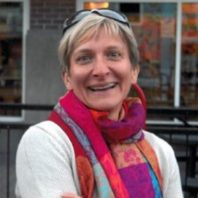 A Special Discussion with:

The Women in Film, Literature, and the Arts Discussion Series is hosted by the Professional Development Initiative (PDI) in partnership with the Association for Faculty Women (AFW) as a means for students, faculty and staff to read a book, watch a film, or attend an exhibit or performance for pleasure, rather than what is assigned for classes. This series contributes to the promotion of a diverse and vibrant intellectual community on campus for those interested in women’s issues. It is designed to create a space for women and men to gather and talk about issues important to women through literature, film, and (visual and performing) art.

Participants: You do not have to be a graduate student or be officially affiliated with AFW to attend the meetings. All WSU students, faculty, and staff who are interested in the series are invited to participate.

All PDI events will be available to sites other than Pullman through a web link that will be emailed to you before the event. Please make sure to register on the link below and indicate at which WSU site you are located.

To register for this event please click on the link below:

Drawn from the vast collections of Jordan Schnitzer and his Family Foundation the featured works demonstrate a broad variety of traditional as well as contemporary printmaking techniques, from woodcut to etching to offset lithography and digital prints. The collection as a whole testifies to Mr. Schnitzer’s passion for art of broad perspective and stimulating thought.

Hung Liu (Chinese, b. 1948)
Regarded by many as the greatest Chinese painter in the United States, Hung Liu grew up during Mao’s Cultural Revolution where she was trained as a social-realist painter and muralist. In 1984 she attended the University of California-San Diego where she earned an M.F.A. and was recognized as one of the first Chinese artists to study in the United States.
Liu combines ancient and modern Chinese motifs of goddesses, heroines, and children to demonstrate her experience of history as an active, daily, affecting presence. These themes are juxtaposed with Liu’s subjects- Korean “comfort women,” prostitutes, refugees, street performers, Maoist soldiers, Chinese slave-laborers, and prisoners. Through combining her historically referenced figures with classically rendered birds, flowers, and calligraphy, Liu captures intersecting fractions of time out of which gender, identity, and history is constructed.

Wangechi Mutu (Kenyan, b. 1972)
Originally from Kenya, Mutu moved to New York in the 1990’s to study Fine Arts and Anthropology at the New School for Social Research and Parsons School of Art and Design, later receiving a Masters in Sculpture from Yale University in 2000. Drawing from the aesthetics of traditional African craft, Mutu incorporates a variety of sources to construct narratives that illustrate what she refers to as “contemporary myth-making of endangered cultural heritage.”
Through juxtaposing heavily stereotyped images of African women with sexually charged images of nude African American women, Mutu highlights cultural biases from opposing platforms: the African woman as an object of Western post-colonial fantasy, and the African American woman as the target of pornographic exploitation. Through merging these two identities into one single figure, the artist creates a dualism that questions male sexual-objectification of black women across time and culture.

Deborah Oropallo (American, b. 1954)
Born in Hackensack, New Jersey, Deborah Oropallo received a B.F.A. from Alfred University and an M.A. & M.F.A. from the University of California, Berkeley. Oropallo’s artistic career is grounded in the Western tradition of painting, but recently she has incorporated the camera, computer, and printer into her process. “I use the computer as the tool, but painting is the language of deliberation that is running through my head.”
In her manipulated, history-style portraits, Deborah Oropallo deconstructs conventional tropes of painting to unearth their hidden social attitudes. She appropriates images of 17th and 18th century portraits of men from the Internet, layering over them erotic images of women in similar poses, embellished with painterly flourishes. Oropallo’s interventions strip the original images of their historical import and poise by placing potent male figures on the same plane as alluring females, and recognizing the paintings’ subjects as engaging in costuming, theater, and masquerade.

Wendy Red Star (Native American, Crow, b. 1981)
Artist Wendy Red Star works across disciplines to explore the intersections of Native American beliefs and colonialist structures, both historically and in contemporary society. Raised on the Apsáalooke (Crow) reservation in southeastern Montana, Red Star’s work is informed both by her cultural heritage and her engagement with many forms of creative expression, including photography, sculpture, video, fiber arts, performance, as well as, printmaking.
As an avid researcher of archives and historical narratives, Red Star has taken up the challenge, along with an increasing number of indigenous artists, to change the face of Native representation. Stereotypes long disseminated by Euro-Americans through popular imagery are now being challenged by Native individuals portraying themselves and their communities as they want to be seen and heard—in Red Star’s example—with humor, wit, and confrontational rebuke.

Alison Saar (American, b. 1956)
Born in Los Angeles, California, to African American artist Betye Saar and Richard Saar, an art conservationist, Saar received her MFA from Otis Art Institute where her thesis focused on African-American folk art. Saar’s multiracial background- her father white; her mother of African, American Indian, and European descent- has no doubt influenced her work. Drawing from both personal and cultural references, her compositions reflect the range of her own experiences and fluctuating contexts that conventional notions of race might dismiss.
Characterized by an interest in narrative and a return to cultural roots, Saar’s work embraces a fascination with both the mystical and theatrical. Her interest in New World black cultures led her research to African-derived religions of the Americas (such as Cuban dance and Haitian religious ceremonies) and how they lead toward collective, institutionalized practices.

Lorna Simpson (American, b. 1960)
Lorna Simpson was born in Brooklyn, New York, where she began her career as a documentary photographer. Through this experience, Simpson was exposed to a new era of multiculturalism in the 1980’s and became well-known for creating photographs of black women that confronted stereotypical notions of race and gender. Simpson acknowledges that the feminist movement—particularly her exposure to black feminism—was intrinsic to the shaping of her work.
She is perhaps best known for works that link words with images and require the viewer to participate in the generation of meaning. This approach questions social objectivity to produced incomplete narratives that are subjective to the core. In presenting anonymous subjects with incongruent objects and words—bearing cultural, social, or symbolic weight—Simpson tasks us to interpret meaning through personal experience.