Doctoral student Erim Gomez has a driving interest in saving endangered animals. From his undergraduate work with the flat-tail horned lizard of California and the Colorado fringe-toed lizard to his graduate research on the leopard frog and redband rainbow trout of Washington State, Erim is now looking beyond borders to work in Latin America, where he hopes to analyze the spread of disease in amphibians.

“I study where amphibians live, what spaces they occupy, and how we can develop a conservation plan and restoration effort for them,” said Erim.

When he came to WSU in 2007 to earn a master’s degree, Erim was surprised to discover a supportive, diverse community where he could thrive and pursue his love of environmental science. For that reason, he decided to remain at WSU for his doctoral degree in Environmental and Natural Resource Sciences, where he has worked in the Endangered Species Lab under Dr. Rodney Sayler, an associate professor in the School of the Environment.

“As a graduate student it’s important to have an advisor who supports your goals and allows you to be involved in other things,” said Erim. “Dr. Sayler has been ideal because he treats me like a colleague. He goes out of his way to find opportunities for me and has written me countless letters of recommendation for scholarships and encouraged me to attend conferences to help me grow as a leader.”
With strong support and research experience, Erim branched out to teach biology and ecology courses and advise the Ritmo Latino dance group—where he sometimes teaches salsa dancing—and MEChA, an organization dedicated to better education and representation of the Chicana/o community. He began giving keynote addresses—sometimes in Spanish—to share his experiences and encourage students to pursue research and graduate school opportunities.

“I am passionate about teaching and employing research and hands-on experience to aide students in the learning process,” said Erim, whose ultimate goal is to teach at the college level and work with underserved and underrepresented communities. “I tell my students that I would like to see equal representation of all races in all fields.”

Among Erim’s accolades, he was awarded a $100,000 Bullitt Leadership Fellowship in 2011 and is now on the board of trustees for the organization. The Bullitt Foundation aims to protect and restore the environment of the Pacific Northwest and is widely respected for its vision and strategic sensibility in pursuing a sustainable future. As the youngest board member, Erim works among renowned environmentalists, attorneys, and business owners of the Seattle area. As a successful fellow, Erim has also helped the last two Bullitt fellowship winners prepare their applications.

As a leading research institution, Washington State University has been a good fit for Erim. He grew up in a small Oregon town that had a state-funded salmon hatchery operated by high school students. There he gained firsthand experience on conservation and natural resources and the cultural implications of political, economic, and environmental decisions. Following high school, he attended Southern Oregon University, where he received his bachelor’s degree in environmental biology with a minor in economics and political science. He was invited to visit WSU during his undergraduate studies at SOU, and was interested not just because of his desire to conduct research in the Pacific Northwest, but because of the kindness shown him by WSU recruiters.

“WSU treats you special,” said Erim. “It’s a rural campus, but that strengthens the community. I’ve been at airports across the country wearing Cougar gear and hear someone yell, “GO Cougs!” I was even hiking in the Cascade Mountains one time and heard it!”

Erim attributes much of his drive to his parents, who were both born in Mexico in the 1950s. “My mother always told us that she expected my brothers and me to go to college. She says she used to whisper in my ear as a baby, ‘you are going to be a doctor,’” laughed Erim. Soon he will be a doctor of Environmental and Natural Resources Sciences.

Because Washington State University has a thriving McNair program, Erim has had the opportunity to work with McNair undergraduate students and be part of the energy and ongoing success of its program.

Erim’s success as a leader, scholar and researcher is a testament to the powerful synergy of determination, opportunity, and the supportive community of Washington State University. 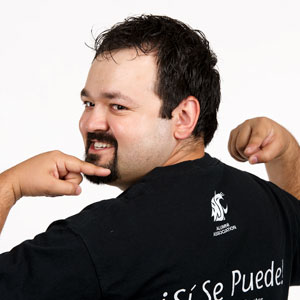