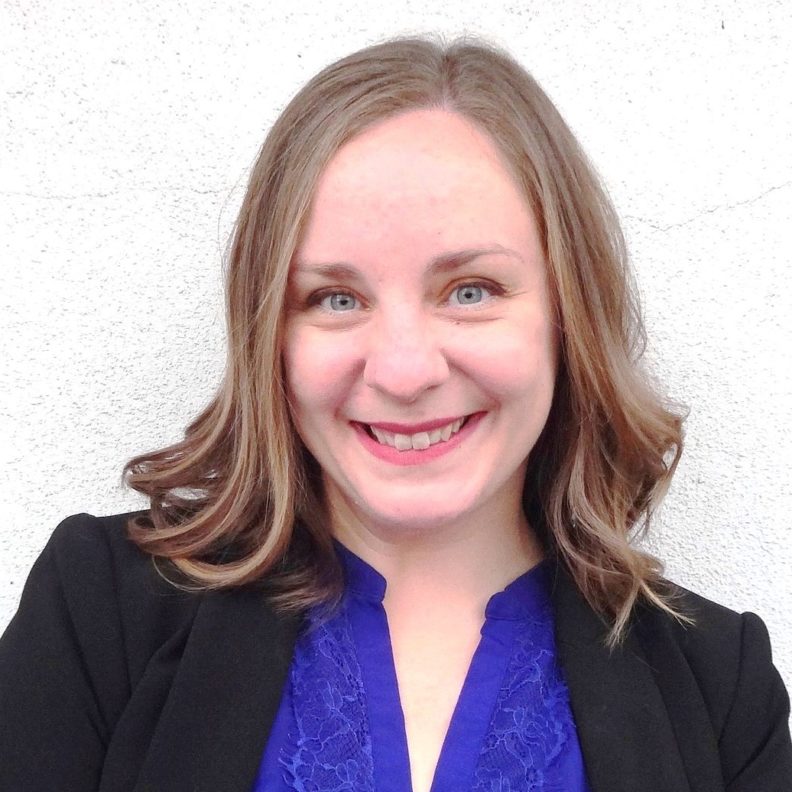 Kathryn Harris, a Washington State University Ph.D. candidate in the Department of Anthropology, has received an American Association for the Advancement of Science (AAAS) Science & Technology Policy Fellowship for the 2018 – 19 year. She will graduate this May and begin her fellowship in August.

Fellows are provided a transformative career opportunity within the federal policy arena that includes not only hands-on work with policymaking, but also a series of trainings and workshops designed to prepare them for the qualifications required by the U.S. government for senior executive service.

“I’m really excited to get behind the scenes,” says Harris, who has been at WSU for nine years for her master’s and doctoral degrees. “I’ve also never lived east of the Mississippi, so I am looking forward to it!”

Harris developed her policy skills by serving as the legislative liaison for two organizations during her Ph.D. candidacy: the WSU Graduate and Professional Student Association, and the National Association of Graduate-Professional Students. During this time, she learned how to advocate for science and teach other young scientists to do the same.

In 2016, she traveled to Washington D.C. to advocate for graduate student health insurance policies, and that same year received a lifetime achievement award from the National Association of Graduate-Professional Students.

“That was my pivot-point,” says Harris. “I found something I really loved.”

Harris’s WSU faculty advisor for both her master’s and doctoral degree, Dr. Bill Andrefsky, wrote a letter of recommendation for her fellowship application, and applauded her involvement in student organizations at WSU that refocused her career on policymaking.

While it’s unusual for a social sciences major to be considered for the AAAS fellowship, Harris’s research used scientific techniques to access broad social issues that were very applicable to the fellowship requirements.

Harris was chosen as one of approximately 190 AAAS Science and Technology Policy Fellows. Of these, one fellow will serve in the Federal Judicial Center, approximately 35 will serve in Congress, and approximately 150 in the executive branch. Harris, whose appointment is sponsored by the American Geophysical Union, is among the 35 who will be placed in congressional offices. She will contribute scientific expertise and perspective to the policymaking process while carrying out tasks such as preparing legislation, meeting with stakeholders, writing policy briefs, talking points, and speeches, and briefing members of Congress and staff on scientific topics.

“A staffer in Congress might draft bills, take trips, and conduct research,” says Harris. “I’d really like to draft a bill, but I’ll also just be soaking it all in.”

You can find out more about the AAAS and its Fellows program on their website.