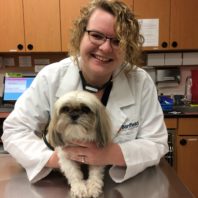 Lori Bedient is a veterinary medical resident in the combined anatomic pathology/Ph.D. program at Washington State University. She received her B.S. in agriculture and D.V.M. at Kansas State University. While a veterinary student, Dr. Bedient had the opportunity to attend Aquamed, an intensive aquatic pathobiology program at Louisiana State University. Here she found a deep passion for both cultured and wild aquatic health issues. After graduation, she practiced small animal medicine for three years before returning to academia. She is most interested in opportunities in aquatic pathology and toxicological research and hopes to teach pathology after finishing her residency. She is a U.S. Army veteran, serving as a nurse in Operation Enduring Freedom in Afghanistan and numerous stateside and overseas assignments. She and her husband have two little girls that keep her busy in her spare time. 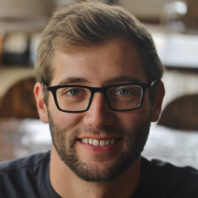 Jacob Bray is a Chemical Engineering Ph.D. student at Washington State University under the guidance of Dr. Jean-Sabin McEwen. In this program, he will be focusing on catalysis research. In 2013, Jake graduated from Michigan Technological University (MTU) with a degree in chemical engineering. During his time at Michigan Tech he spent 15 months in Kentucky as a process engineering co-op for Domtar Paper Company. Jake is also the co-founder of a start-up alternative agriculture company, Northern Aquaponics LLC, which won the best technology award of $10,000 at Central Michigan University’s New Venture Competition in 2013. Following graduation, Jake began his career as a chemical engineer for the mid-western utility company, We Energies, working as the subject matter expert for all of the We Energies power generation assets in areas such as air quality control, waste water treatment, and various process and project operations. Jake married Maria, his fiancée of six years, this past September in their hometown of Marquette, Michigan. They enjoy spending time with their two dogs, Maple and Lentil, adventuring outdoors, and have a passion for coffee and coffee roasting, good breweries, spicy foods, and long road trips. 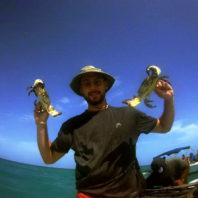 Jonathan Eagle is a Ph.D. student in plant pathology, interested in researching disease resistance and integrated disease management using cultural, chemical, biological, and biotechnological approaches. Jonathan earned his B.S. in biology at Henderson State University, where he was a member of the Honors College, a student leader, and an office assistant for the College. He served as president of the Biology Club, was president of the Henderson Honors College Heart and Key Service Organization, and was an active member of the Student Government Association. He is also a member of Beta Beta Beta, the Biological Honors Society as well as Gamma Beta Phi International Society. In 2014, Jonathan worked in in the laboratory of Dr. Javier Brumos at North Carolina State University as part of an NSF funded REU program, where he studied the regulation of auxin biosynthesis, examining specifically the effects of either activating or repressing selected transcription factor on the activity of the master auxin biosynthetic gene TAA1. Following his research, Jonathan presented at the Summer Undergraduate Symposium at NCSU. The summer of 2015, Jonathan traveled to Belize to conduct fieldwork on marine conservation and ecology as a member of the Undergraduate Teaching Assistant Program at Henderson. 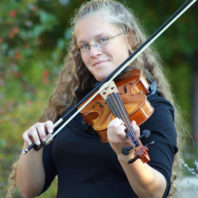 Rachel L. Gewiss is a Ph.D. student in the School of Molecular Biosciences at Washington State University, with plans to study reproductive biology. Rachel earned her bachelor’s of science in genetics, cell biology, and development from the University of Minnesota-Twin Cities. A large part of her education there was doing research in Dr. David Zarkower’s laboratory for three years. Her senior thesis encapsulated her work on the potential role of Sox9 in sexual transdifferentiation of the mouse ovary. Rachel also spent a summer working at the Jackson Laboratory through their Summer Student Program in 2015, where she looked at the molecular role of RNA-modifying enzymes in the testis under the guidance of Dr. Robert Braun. After completion of her Ph.D., Rachel plans to continue research in academia in the reproductive biology field. Outside of the laboratory, Rachel is an avid curler, and was part of the 2013 University of Minnesota team that won the College Curling Nationals. She was also the Journal Club facilitator for the Genetics, Cell Biology, and Development Club. Rachel loves spending time in nature, playing the viola, and going to petting zoos. 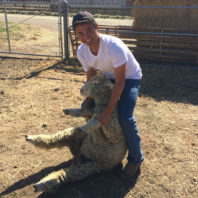 Noe Gomez is a Ph.D. student in the Department of Animal Sciences at WSU. Originally from Santa Barbara, California, Noe went on to earn a B.S. in animal science with a minor in biology from the California Polytechnic State University at San Luis Obispo in 2014. He then relocated to the University of California, Davis, were he conducted research in the area of ruminant physiology and completed an M.S. in animal biology in 2016. At WSU, Noe will be working in the laboratory of Dr. Min Du conducting research in the area of nutrient metabolism. After his Ph.D., Noe hopes to get some experience as a livestock nutritionist before returning to teach and conduct research at the university level. His primary objective is to contribute to the field of science, which seeks to improve the efficiency of food production along with teaching the next generation of agricultural scientists. When not in the lab or covered in cow manure, Noe enjoys competitive volleyball games, long runs across the Palouse, and guitar jam sessions with his musically talented friends. 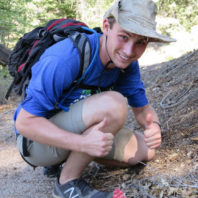 James R. Hepler is a Ph.D. student in the Department of Entomology under the supervision of Dr. Elizabeth Beers. His research focuses on integrated pest management for the brown marmorated stinkbug, an invasive insect pest of deciduous tree fruits. James graduated from the University of California, Riverside, where he earned his bachelor’s of science in entomology and plant biology. As part of his University Honors thesis he conducted two years of research into the reproductive behaviors of the carob moth, a pest of dates, under the direction of Dr. Thomas M. Perring. After earning his Ph.D, James intends to become a professor of entomology to combine his enthusiasm for agricultural pest research with his desire to teach others. James is active in his church’s college ministry and served as the president of The Well Christian Club at UC Riverside during his senior year. He is an avid long-distance runner, and enjoys traditional archery, hiking, and caring for his backyard citrus and pomegranate trees in Riverside, California. 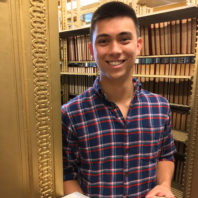 Benjamin W. Lee is a Ph.D. student working under Dr. David Crowder in the Department of Entomology. He investigates how patterns of landscape and climate can affect the distribution and spread of insect pests and plant pathogens in agricultural fields. Ben earned a bachelor’s of science in entomology at Cornell University in the spring of 2016. While at Cornell, he conducted research on the physiology and ecology of the native and invasive lady beetles of New York State, resulting in the publication of his senior thesis. After graduate school, Ben would like to use his knowledge of agricultural and landscape ecology to improve subsistence farming in developing countries. He is a strong proponent of supporting local foods and farmers, and is a wine enthusiast who hopes to someday receive a master sommelier certification. 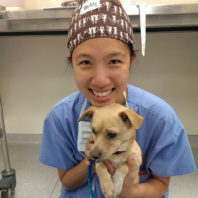 Becky H. Lee is a Anatomic Pathology Residency/PhD student in the Department of Veterinary Pathology and Microbiology at Washington State University. Becky recently graduated from a 4-year veterinary medicine program and received her Doctorate of Veterinary Medicine from the University of California, Davis. Using the summer during her vigorous veterinary school training, Becky completed research projects involving sequencing genomes and identifying genetic markers as therapeutic targets. Her most recent work with the T35 NIH Program at Stanford University is currently in the process of being published, and exemplifies comparative medicine in applying human medical therapies to animal disease. Upon starting at WSU, Becky hopes to find a research environment that can further expand her interests in comparative medicine and pathology. As extracurricular at UC Davis, Becky continued to develop her passion for shelter animals, and was an avid participant of fostering neonatal kittens and a Chihuahua rescue program. She enjoys outdoor adventures such as hiking, and is a novice photographer with her husband and animal family. She also enjoys at-home activities such as cooking and fiber art. 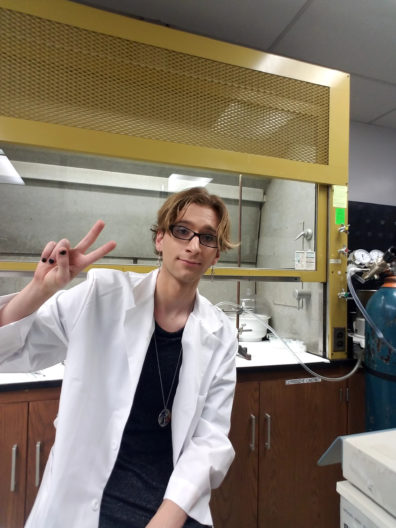 Alice Olson is a Ph.D. student in the Department of Molecular Plant Sciences and a part of the National Institute of Health Biotechnology Training program. She will be working with Dr. Helmut Kirchoff and Dr. Mark Lange to study photosynthetic membranes and terpenoids, respectively. Alice graduated with her bachelor’s of science in Environmental Science at the University of Wisconsin – Stout. While she was there she worked with Dr. Vande Linde on developing new methods for preventing the uptake of the heavy metal cadmium in crops. After obtaining her Ph.D., Alice plans on pursuing research in plant molecular structure. While working on her bachelor’s, Alice worked as a chemistry tutor, naturalist educator, and teaching assistant. She has a deep passion for teaching others about what she’s learned and helping them find success in their own lives. She also enjoys spending time outdoors, playing board games, and traveling. 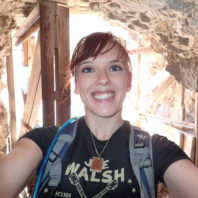 Mikayla M. Strauss is a Ph.D. student in the Department of Crop and Soil Sciences under the supervision of Dr. Kim Campbell and Dr. Arron Carter. She will be working with high throughput phenotyping in winter wheat. Nikayla received her bachelor’s degree in Soil and Crop Sciences with a concentration in plant genetics, breeding, and biotechnology from Colorado State University. During her time at CSU, she worked for the winter wheat breeding program under Dr. Scott Haley and was awarded the Triticeae Coordinated Agriculture Project grant for undergraduate research. With this grant, she developed a KASP marker assay for a novel trait in winter wheat, and also presented this research in the undergraduate research competition at the SASES national meetings. Also while at CSU, Nikayla was president of the Agronomy Club for two years. After completing her Ph.D., Nikayla hopes to become a cereal grain breeder. In her free time Nikayla enjoys hiking, backpacking, shooting, fishing, snowshoeing, and dancing. 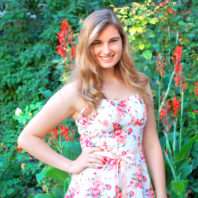 Kaitlin Witherell is a Ph.D student in the Department of Immunology and Infectious Disease. She will be doing rotations in three laboratories for the first year and then select from one of those to begin her research project. She has a bachelor of science degree in Microbiology from the University of California Davis. While there, she worked at the University of California Davis Comparative Pathology Laboratory identifying microbes, particularly pathogenic microbes in a variety of submitted research animals including: fish, mice, rats, rabbits, and many others. For one summer she was a student lab assistant in a neurobiology laboratory. She also conducted research for two summers as an intern at Biolog Inc. After completing her Ph.D., Kaitlin would like to eventually run a microbiology laboratory in industry studying infectious disease. Outside of school, Kaitlin enjoys hiking, kayaking, jogging, baking, and spending time with friends and family.