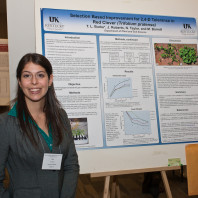 Tara Burke Lewis is a PhD student in the Department of Crop Science, co-advised under the supervision of Dr. Arron Carter and Dr. Ian Burke. She is investigating herbicide resistance in wheat. She has enjoyed developing a cross-disciplinary skillset in the life sciences, initiated by a biotechnology vocational degree from the Thomas Edison High School of Technology in Maryland, which resulted in an internship at the FDA-CFSAN in 2003. She received her bachelor’s degree in agricultural biotechnology and master’s degree in plant and soil science from the University of Kentucky. Tara held lab technician positions in plant protein science and tobacco/tall fescue analytical chemistry laboratories at the University of Kentucky, and wrote a graduate thesis, “Selection and Basis for 2-4D Tolerance in Red Clover (Trifolium pratense).” 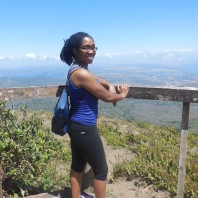 Christal R. Clements is a Clinical Microbiology resident/PhD student in the Department of Veterinary Microbiology and Pathology. She has interests in infectious and zoonotic diseases and immunology. Christal obtained her DVM from Tuskegee University, and once she has completed her residency, would like to work to understand the biological mechanisms of poorly understood infectious organisms with efforts to create effective vaccines or treatments. Once she has completed her PhD, she would like to continue performing research and eventually enter academia. 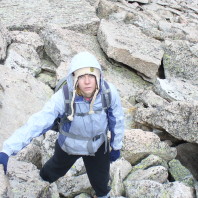 Rachael DeTar is a PhD student in the Molecular Plant Science Program at Washington State University. In addition to the ARCS fellowship, she received a National Institute of Health Biotechnology Training Fellowship. She intends on rotating in several laboratories before choosing an advisor. Her research interests include photosynthesis, nutrient assimilation and metabolism in plants. Her goal during her time at WSU is to develop a better understanding of the biochemistry of plants and use these discoveries to improve agriculture and food security. In the future, Rachael envisions working in industry and using her knowledge of plant biology to develop crops that are higher yielding and resistant to climate stress. Rachael earned her B.S. in Biology summa cum laude from Colorado State University in the College of Natural Sciences. She also won a prestigious American Society of Plant Biologists Summer Undergraduate Research fellowship. Rachael is an author on two research papers, and is first name author on one paper. 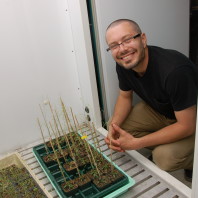 Matt Marcec is a PhD student at Washington State University with the Molecular Plant Sciences program. Matt has earned an M.S. in biology from Northern Illinois University where he studied proteins of unknown function using the model organism Arabidopsis thaliana. . Matt also taught two lab courses at NIU, the fundamentals of cell biology and the biology of land plants. Matt enjoys teaching and loves to study plants and plans to work in academia or industry hopefully studying how plants respond to their environment and how they can continue to feed and aid humanity. Matt also has a technical certificate in emergency medicine received from Florida College of Jacksonville where he volunteered as an EMT for three years. 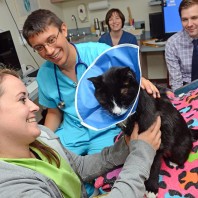 Ryan Oliveira is a PhD student in the Department of Veterinary Microbiology and Pathology. Ryan earned both his BS and DVM from Tufts University, where he researched lead toxicity in New England’s bald eagles and co-authored a federal publication. He coordinated his veterinary school’s tutoring programs the year after its founding and aspires to continue teaching in his career. After he completes his PhD, he wants to stay involved in wildlife disease and work in academia. His specific career interests include epidemiology, ecotoxicology, and zoological pathology. 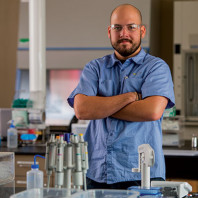 Nicholas (Nick) D. Pokorzynski is a  PhD student in the School of Molecular Biosciences at Washington State University. He graduated from Michigan State University in 2013 with his Bachelor of Science in Biochemistry, Molecular Biology/Biotechnology. At Michigan State, he investigated the genetic basis of algal lipid biosynthesis in Dr. Christoph Benning’s laboratory. He currently has several research interests, and hopes to narrow them down during his first-year laboratory rotations. His first rotation will be in Dr. Susan Wang’s laboratory studying the “radical SAM” superfamily of enzymes to better understand the unique and difficult methyl-transfer chemistry performed by a subfamily of this enzyme and how it may relate to antibiotic synthesis. 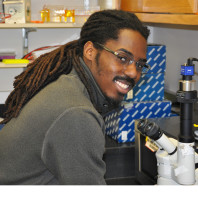 Joseph M. Taylor is a PhD student in the Department of Entomology under the supervision of Dr. William Snyder. He investigates the role of natural arthropod predators in controlling insect agricultural pests. Joseph earned his Bachelor of Science in Biology with a minor in Russian language and culture from Washington and Lee University. While there he conducted three years of research into the feeding and hunting habits of generalist arthropod predators under the direction of Dr. Lawrence Hurd, which resulted in a publication and three additional articles well underway. After completing his PhD, Joseph hopes to work for the USDA on pest management before returning to academia and continuing to broaden his knowledge about the complex interactions between insect predators and their prey. 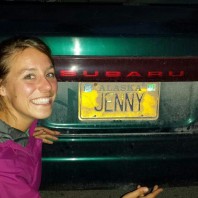 Jenny M. Voss is a PhD student at the Voiland School of Chemical Engineering and Bioengineering of Washington State University. She is interested in working in the fields of catalysis and nanotechnology in hopes of finding solutions to current energy, environmental and medical challenges. Jenny earned her bachelor’s degree in chemical engineering from Washington State University with honors while participating in multiple intramural sports teams, engineering clubs and two years on the women’s club soccer team. She spent two summers interning with BP Alaska and P66 Ferndale Refinery as a safety and operational risk engineer and as a process engineering intern respectively. After completing her PhD, she wants to work in a national lab with university connections as an academic professor focusing on both experimental and theoretical catalysis. She also strives to develop methods to produce economical catalysts to synthesize alternative fuels to supplement diminishing fossil fuel supplies. 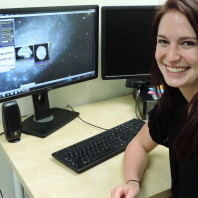 Naomi K. Wallace is a  PhD student in Neuroscience.  She earned her BS in Psychology with a concentration in Cognitive Neuroscience from the University of Denver. Naomi completed an undergraduate senior thesis on the relationships among socioeconomic status, sleep problems and mental health in 8- to 10-year-old children. She spent a semester abroad in Maastricht, The Netherlands, where she was able to learn more about positive psychology and the philosophy of science. 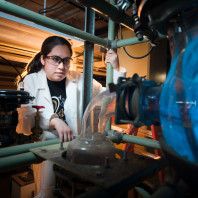 Breanna Wong is a PhD student at Washington State University’s Chemical and Biological Engineering Department. She earned her B.S. in chemical engineering from the University of Idaho in 2015. During her time as an undergraduate, she represented the University of Idaho two years in a row in an international design contest hosted by New Mexico State University called Waste-Management Education Research Consortium (WERC). ). Breanna and her team won first place both years for their design of a floating solar cell system on a mine tailings pond and a radiative cooling system utilizing the night’s sky. During the summers, Breanna interned with Hewlett-Packard, first as a product steward and then as a metal deposition intern. The latter helped her realize her desire to seek out a PhD and to do research in thin films. 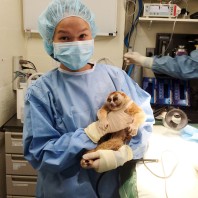 Jessica K. Wong is an anatomic pathology resident and PhD student in the Department of Veterinary Microbiology and Pathology. Jessica earned her undergraduate degrees in Biology and International Comparative Studies from Duke University and her DVM from the University of Georgia. Jessica plans to use her pathology residency and PhD training to add to her diagnostic tools for investigating infectious disease and population health at the human-wildlife-livestock interfaces. Her dream job is to work in academia as a veterinary pathologist with both teaching and diagnostic duties.